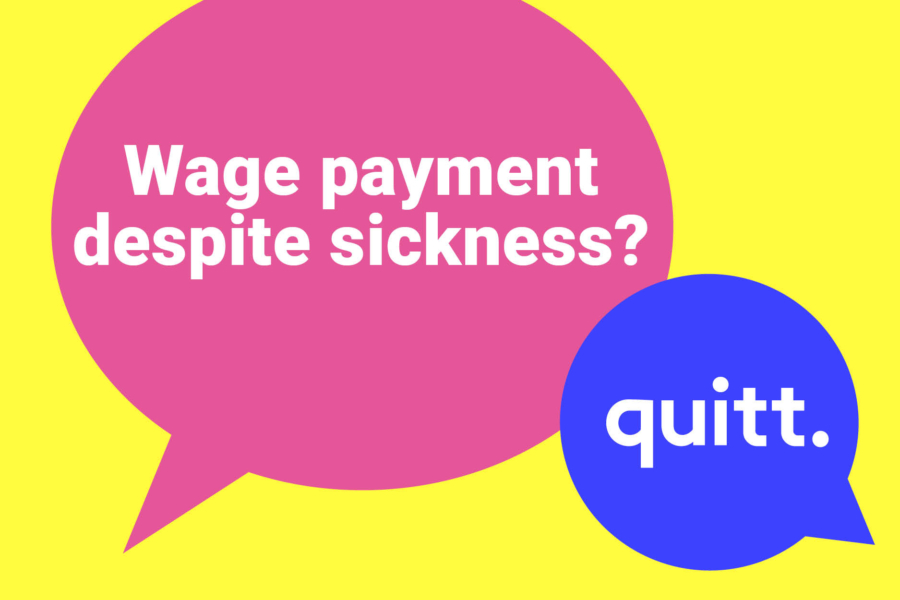 Yes! Employers are obliged to continue to pay their employees 100% of their wages in the event of illness for a certain period of time. According to the Swiss Code of Obligations OR, the minimum period is three weeks in the first year of service, after which the salary must be paid for an appropriate longer period, depending on the length of the employment relationship and the special circumstances. According to court practice, the salary is based on the salary continuation scale of the respective canton.

The entitlement to continued salary payments is calculated per year of service and begins anew with each year of service. Several absences in the same year are added together.

Continued pay includes not only the fixed salary, but also all other salary components, provided that these would have accrued without the inability to work. In the case of irregular wages, a representative period of up to one year is taken as a basis.

Home care: These are the differences between care and nursing

Care and nursing for people at home are services that are financed differently: The basic insurance of the health insurance…

Several companies advertise that they take care of the correct employment of domestic help from A to Z. However, those…

quitt. is cheaper than cleaning agencies

The Swiss consumer protection magazine "K-Tipp" compared the prices of five major cleaning agencies. Based on the article, quitt. has…